At the end of our nine-month IVF journey, we now have our own longed-for rainbow baby, but it’s a journey for which there are no maps. Many of the challenges we faced are just part and parcel of IVF itself, but others might have seemed less daunting, if we had had more information along the way.

One of the things that is rarely talked about but has had a significant impact on our own situation sadly, is money. It wasn’t something we really spent much time thinking about after the NHS had completely dismissed us, without so much as a blood test, after a second trimester termination for medical reasons followed by a missed miscarriage. We were told to keep rolling the dice, that it would happen eventually, it was just ‘bad luck.’ After all, I was deemed ‘young, fit and healthy. But for us this was not good enough. We wanted answers, a reason and a solution. We were adamant that this was not just ‘bad luck.’ My mental health had rapidly deteriorated in the years before we started IVF; another loss, without knowing we had tried everything we could to give us the best possible chance, was unthinkable.

Despite the lack of support we received, in January last year we decided to take matters into our own hands. Although we have yet to find a cause for the severe chromosomal complications we so sadly experienced in previous pregnancies, we did find a solution. For us, there was a magic wand that gave us our rainbow. The route we chose to go down was IVF with PGTA testing, something unknown to us and quite a drastic step for a couple who could already get pregnant naturally. However, with our past issues haunting us, the fact that a test for chromosomal anomalies existed pre-implantation sounded like it could possibly negate any of the same kind of trauma we had been through twice already.

It was certainly no quick fix. After weeks of extensive tests, two egg collections due to poor egg quality and only two normal embryos after PGTA testing, we were finally ready to do an embryo transfer. The whole process took nine months in total – this was mainly due to the three-month recovery period I required due to uterine surgery (another spanner in the works as a result of the previous miscarriage). Even with the knowledge that this little embryo in the freezer had all the right number of chromosomes, there was complete uncertainty around whether the embryo would even implant. Could I still suffer another miscarriage from issues with my uterine lining or contract another infection, which I was already prone to? Despite doing everything we could to control the situation and take things back into our own hands, there were absolutely no guarantees.

By the point of transfer, we had managed to rock up 25k of bills and the cost of the transfer itself was still outstanding. Costs were spiralling, it was another 1k here and £150 there. Every time we picked up the phone, every time we went to the clinic for an appointment, there was a cash implication. Paying another £100 became like paying £10 in a supermarket. It was so easy to lose perspective on the costs, because once we were on that train there was no getting off. We knew the station we wanted to head too but we had no idea of what obstacles might hinder the journey. What we did know was that the further along in the journey we got, the more we would have to pay out for the ride.

It’s very important for me to acknowledge that were in a very privileged position in that we were able to scrape together the funds ourselves. However, it has now left with no savings and having to economise on other areas of our life. Many going through IVF will not be able to self-fund and sadly may have to put the brakes on their journey or get off completely because they lack the money to make it to the end.  This would have been the case with us had our transfer not worked. There was no buffer, no bottomless pot to continue to dip into. Our cards were all firmly on the table and we had chosen to put everything we had on red….

For us the gamble paid off. Our baby arrived safely into the world ten weeks ago – a perfect and, above all, heathy little boy. There is truly no price we could ever put on him. He has brought more joy to our lives than we could have ever imagined and the weight of the last few years, although never forgotten, has lifted. We would privately fund IVF a thousand times over knowing it would eventually bring Baby Luke into our lives. But the dice doesn’t roll this way for everyone. Without this lucky break, our rapidly depleting funds would have stopped us in our tracks.

The harsh reality is that if you can afford to do multiple cycles, in many cases (although most certainly not in all) you will end up with a live birth. Money talks in the IVF world and, devastatingly, you sink or swim without it. 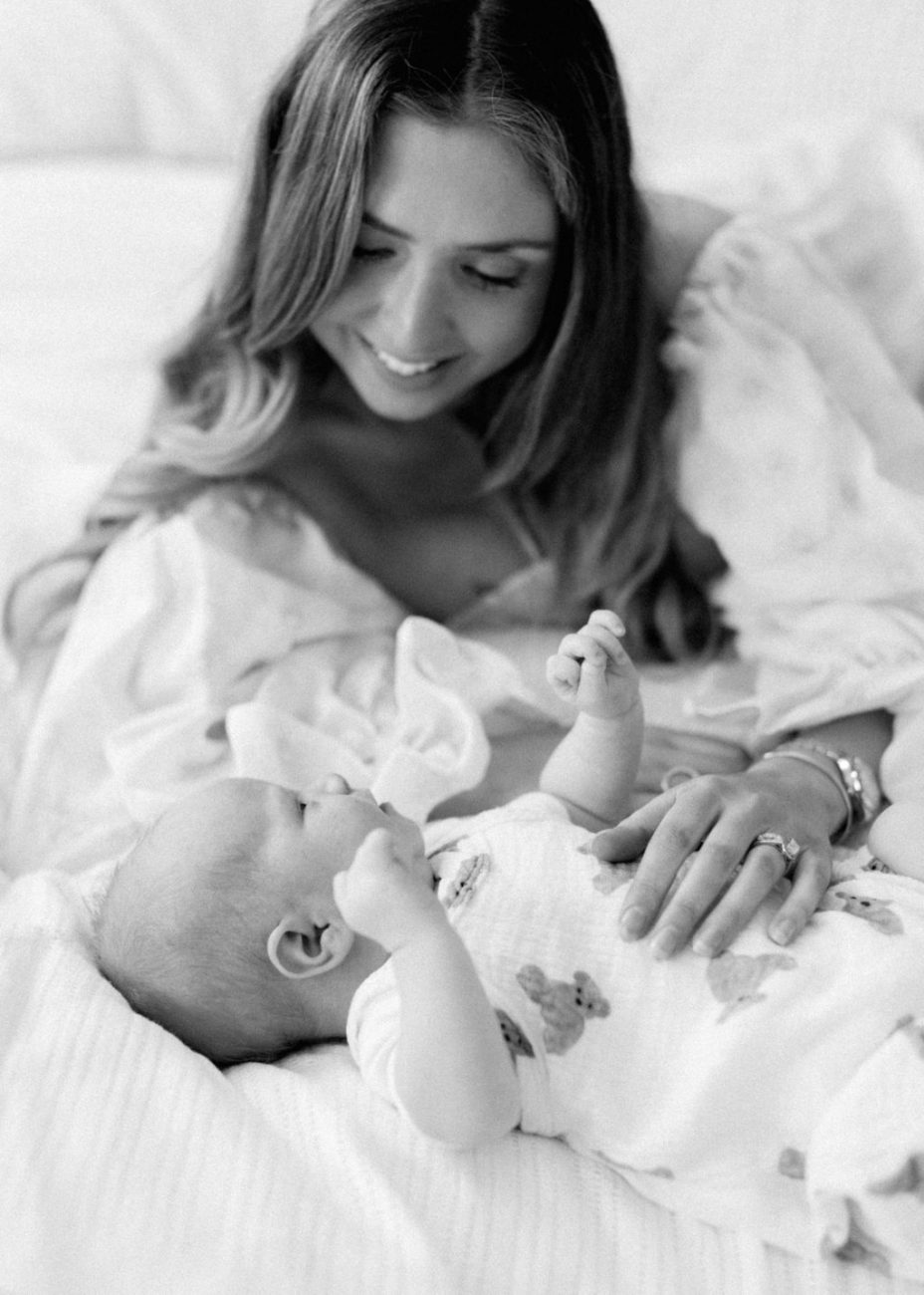 Shortly after Luke was born, I discovered Gaia and I wish I had known about them before embarking on our journey. It’s really important for me to state that although this post is in partnership with Gaia, I have done hours of research to ensure the product they offer is genuinely something I would use and have come to the conclusion that it  could be extremely beneficial to many who are dealing with the huge financial burden of IVF.

Gaia is the world’s first IVF insurance plan that predicts your personal fertility journey and insures you if it is not successful. The philosophy is based around taking back some control. With so many unknowns in IVF, cost shouldn’t be one of them. Gaia is not some huge corporate trying to bank on your IVF not being successful, instead it was set up by a husband and wife who had also been through multiple rounds of IVF and wanted to help find a way to make the cost more affordable and not become the limiting factor in your decision about whether to continue to try to start a family. Unlike other insurers though, Gaia builds your very own personalised insurance plan using a predictive model, based on more than one million past treatment cycles. I have personally tested out this tool and after completing an in-depth profile, it predicted my chances of success across six IVF rounds. My predicted success rate, based on my prior history before Luke was born, was 86% across six rounds of IVF. (They will insure you only for rounds that have a 82% or more chance of success based on the algorithm) That statistic may sound high, but it’s based on the success of one live birth over six rounds, which would cost well over 100k.

There is a premium to pay at the beginning of each round (Gaia have to make money somehow!) but this is minimal in the scheme of things. Gaia’s personalised insurance plan means that if you do not have a child within your insured rounds, you would only pay the premium per round. In my case, the premium would have been around 25% of the cost of a full cycle. If you are successful – and only after you have given birth to your child, you then pay back, in monthly instalments, the cost of the IVF rounds you have completed. This is just the same as the cost you would have paid your chosen clinic anyway.

To put it in perspective, we lost 7.5k on a failed egg collection; had we known about Gaia, we would have only lost circa 2k at a time.

One of the biggest issues we faced was that our clinic had no financing plan at all and the full payments needed to be made upfront before any treatment. This was an enormous amount of money to find upfront and we really struggled with this aspect. This would not have been a problem had we chosen Gaia.

Gaia is not affiliated to any particular clinic and every reputable HFEA-registered IVF clinic is covered for treatment under its policy. Gaia also pays the full cost of the treatment upfront and you only start paying back the monthly instalments after you have had your child. This would have been a huge advantage to us, having been hounded on a weekly basis for bills that needed paying and add-ons our clinic forgot to pre-warn us about.

As I mentioned at the start of this post, my mental health was severely affected by pregnancy loss and IVF in itself is not for the faint hearted! As well as the physical toll on my body, mentally, the process is gruelling, so one of the things that appealed to me most about Gaia, was, because the founder has been through IVF himself, he recognised the importance of maintaining mental health and well-being. The Gaia plan includes 12 complimentary sessions with a counsellor, access to a medical embryologist and 24/7 support for its members. Although we spoke to an embryologist it was brief and came at a cost. Having someone take the time to answer our questions and ease our concerns would have also made a huge difference to us.

Although we finally have our beautiful rainbow, with my age increasing and my fertility declining, our thoughts have already turned to the possibility of whether we would be lucky enough to have a second child. Gaia would also cover this for us. Despite me being older than when I started my most recent round, having now had a live birth through IVF, my current success rates are higher. This shows how Gaia’s algorithm takes many factors into consideration when calculating predictions. Knowing what I know now, the sacrifices we had to make to fund IVF and the unimaginable joy having Baby Luke has brought to us, I would not hesitate to use Gaia in the future. In a situation where you very much hope for the best, it is also important to be realistic and prepare for the worst.

In the case of privately funding IVF, Gaia could just be the pot of gold you need to make your own rainbow…. 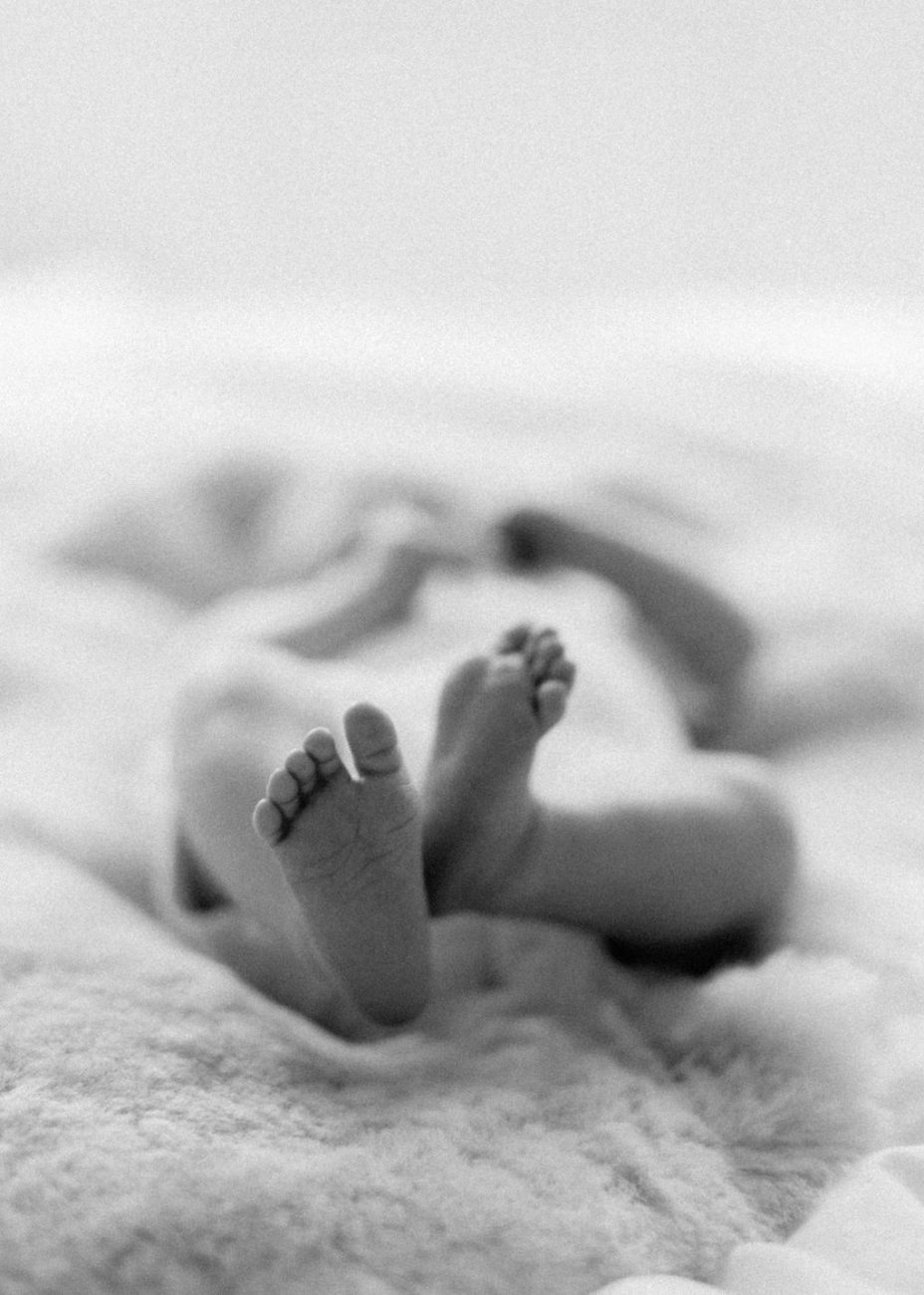